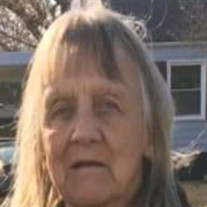 Yeager, Stella A. 81, passed away Monday, July 8, 2019 after a illness. She was born July 24, 1937 to the late James Welsh and Lillian Nichols, she was also a member of the old St. Cecilia Catholic Church. She is preceded in death by her husband,... View Obituary & Service Information

The family of Stella Ann Yeager created this Life Tributes page to make it easy to share your memories.

Send flowers to the Yeager family.