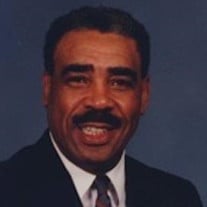 Charles “Charlie Red” Hardnett was born on September 13, 1938 to the union of Ruby Robertson Hardnett and Charlie Hardnett. He attended Carver High School in Atlanta where he played football, baseball, and basketball. He played college basketball for Grambling State University from 1959 to 1963. Hardnett earned All-America honors in 1962. He was also the NAIA Basketball Tournament MVP in 1961. Hardnett was drafted in the 3rd round (3rd pick) of the 1962 NBA draft by the St. Louis Hawks. He played for the Chicago Zephyrs (NBA) in the 1962–63 season and the Baltimore Bullets from 1963 to 1965. Hardnett also coached at the college level. He coached at Coppin State College (Baltimore) from 1970 to 1974, and at Morris Brown College (Atlanta) from 1974 to 1980. He was a member of Phi Beta Sigma Fraternity, Incorporated. After spending time on and around the basketball courts, he went on to career in government and continued service to the community. During this time, he worked for the City of Atlanta and Louisville Metro Parks, along with supporting various organizations in different capacities. He was a dedicated member of Kelly Chapel UMC (Decatur, GA) prior to relocating to Louisville and still considered that his church home until his transition. He was an active servant in the community, provided support and mentorship to countless friends and family along the way, and always made the well-being of kids a priority in his life. He was preceded in death by his wife of 50 years, Bernice Gibson Hardnett; father, Charlie Hardnett; mother; Ruby Robertson Hardnett, and sister: Annie K. Hardnett Vandan. Charles Hardnett went home to be with the Lord on Saturday, July 6, 2019. He leaves to cherish his memories one sister, Shirley Hackett, three children: Dana S. Hardnett, Charles R. Hardnett (married to Felicia P. Hardnett), and Derek W. Hardnett (married to Quovardis Hardnett). He had seven grandchildren: Daveon, Wendy, William, Derek, Jeremy, Erin, and Charles Jr. (CJ) and two great grandchildren: Kyran Rashon and Daveon Joseph Fleming. Services will be held Saturday, August 17, 2019 at 11:00 a.m. at Carver High School, 55 McDonough Blvd. SE, Atlanta, Ga 30315. In lieu of flowers the family is asking for donations in Charlie's name to the following organizations: Grambling State University (http://www.gram.edu/giving/) Morris Brown College (https://morrisbrown.edu/give/) Hosparus (https://www.hosparushealth.org/donate)

Charles &#8220;Charlie Red&#8221; Hardnett was born on September 13, 1938 to the union of Ruby Robertson Hardnett and Charlie Hardnett. He attended Carver High School in Atlanta where he played football, baseball, and basketball. He played... View Obituary & Service Information

The family of Charles Hardnett Jr. created this Life Tributes page to make it easy to share your memories.

Send flowers to the Hardnett family.