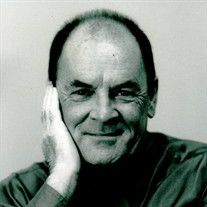 Alun Jones, 82, the long-time director of the Louisville Ballet, died April 26, 2019 in Greece of a heart attack. A native of Wales, Jones and his wife, ballerina Helen Starr, came to Louisville in 1975 to help start the Louisville Ballet School. Jones became artistic director of the ballet in 1978 and led the company for 24 years before retiring in 2002. Under his leadership, the ballet’s subscriptions exploded and the ballet developed a national reputation for innovation. After retirement, Jones continued to stage ballets he choreographed in Louisville and around the country. In April, the Louisville Ballet reprised Jones’ “Cinderella”. Jones is survived by his wife Helen; a daughter, Hannah Thomas (Scott); a son, Gareth; grandsons, Rhys and Gordon Thomas and granddaughters, Myranda and Makayla Thomas. The family plans a celebration of Jones’ life in August. The family suggests that expressions of sympathy go to Raptor Rehabilitation of Kentucky, P.O. Box 206186, Louisville, KY 40250-6186, raptorehab.org/donate.html; StageOne Family Theatre, 315 W. Market St., Suite 2S, Louisville, KY 40202; or Acting Against Cancer, 323 West Broadway, 3rd floor, Louisville, KY 40202.

The family of Alun Jones created this Life Tributes page to make it easy to share your memories.

Alun Jones, 82, the long-time director of the Louisville Ballet,...

Send flowers to the Jones family.